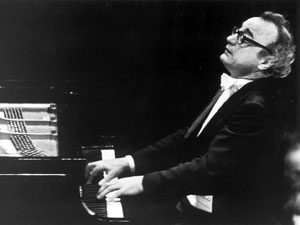 Alfred Brendel was born in 1931 in Wiesenberg, Czech Republic.

After World War II, Brendel composed music, as well as continuing to play the piano, to write and to paint. However, he never had more formal piano lessons and, although he attended master classes with Edwin Fischer and Eduard Steuermann, he was largely self-taught after the age of six.

He made his debut in Graz (1948), and has since performed widely throughout Austria, where he lives.

He is known for his interpretations of Mozart, Beethoven, Schubert, Liszt, and Schoenberg. He tours internationally, and has written many essays on music.

A short insight from Alfred Brendel on his recording career: