Will you be going to the Circus this Summer?

Here’s some information about circus music.

Circus marches are called “screamers” because they are traditionally so high, loud & fast!! Circus Band members are often called “windjammers” because they jam so much wind into their instruments in the process of playing these screamers. Playing the circus requires incredible endurance & skills on your instrument. The windjammers play almost none stop and much of the music is really difficult!

The greatest circus bands were about 100 years ago in the heyday of the circus. At that time the big top band could be 25 or so, plus there were often sideshow musicians as well. Cowboy bands, women’s bands and bands of Blacks were often part of the sideshows.

Contemporary circuses are much smaller all the way around, and some don’t use live musicians at all, just “canned” music (recordings). Others carry 3 musicians, a drummer, a trumpet player and a keyboard (synthesizer) player. A few, like the Big Apple Circus, still have bands. The Big Apple Circus has 8 musicians on its bandstand: a conductor/trumpet, a person who plays alto sax and clarinet, one who plays tenor sax and flute, a violin, a trombone, a bass player, a keyboard player and a drummer.

In the “old days,” being a circus musician was one of the most strenuous jobs a musician could have. In the days before musicians’ unions, the windjammer would be expected to play for the circus parade, play a pre-show free concert for the townspeople, ballyhoo around the grounds before the big top show, play the show itself (nonstop for two or three hours!), play post-show concerts on the grounds or play sideshows. Then after everyone left, they helped take down the tents or do other chores around the grounds. It was a busy day and the pay was not very good, but it was an exciting life with lots of great music, and many musicians loved it!

Entry of the Gladiators (Thunder and Blazes) was written in 1897 by, the Czechoslovakian composer, Julius Fucik (1872-1916). This march is a classic circus march & one that just about everyone will think, “Ah, circus!” when they hear it. Thunder and Blazes (as it is most frequently called) and Fucik’s Florentiner March are probably his most well-known marches.

Most circus marches follow the standard American military march form, but often abbreviated (no repeats in the second half):

In the early days of the circus, the band masters would take some of the European classical music and arrange it for the circus band. “The most obvious example would be the beautiful, flowing waltz music that is essential to the trapeze artists (‘flyers’ and ‘catchers’). The bandmaster and musicians must be precise in coordinating the music and the timing of the artists, requiring rehearsal with the artists and the musicians.  Similarly, it may be interesting to note that the bareback riders perform in a smaller ring because of the gait of the horses. The centrifugal effect requires a ring of a certain diameter for timing. Thus, the conductor must follow the gait of the horses, whereas the aerialists depend on the tempo of the music for timing their act.”

Modern circuses also play a lot of popular tunes, jazz and other songs that people will recognize. You will likely hear fewer of the standard circus marches at a circus today.

The drummer has a particularly challenging and important role in the circus music. He/she must “play the tricks.” Usually the drummer is situated so that he can see the ring because it is his job to accent and intensify what is happening in the ring. This was true 100 years ago, and it is true today. If the act is getting tense, the drummer will get intense. If someone slides down a rope or vaults off the trampoline, there will be a cymbal crash or drum hit when the performer reaches the floor. Sometimes the cues come from the conductor or from the ringmaster, but sometimes it is the drummer who is really in charge!

Circus bands occasionally play a John Philip Sousa composition during the traditional Center Ring Concert, but his melodic marches are not the right structure for most circus acts.

Sousa’s Stars and Stripes Forever is never part of the regular program. It is reserved for emergency use – sometimes called the “Disaster March”. If a major problem happens — an animal gets loose, a high wind threatens the tent, or a fire breaks out — the band plays the march as a warning signal to every worker on the circus lot that something is wrong.

(Click here for information on the Hartford fire of 1944)

Charles Nelson Reilly – who grew up to be a famous actor, comedian, director and drama teacher – was attending the Ringling Bros. circus, in Hartford, on the day the big top burned to the ground.  Listen as he recalled his memories of the fire.

For lesser problems, the 12th Street Rag was played to alert the clowns to come out and divert attention during the more common mishaps.

Edward F. Shevlin describes what goes on in the circus band as follows:

“Our music is usually by Karl King,  Alexander, Fred Jewell, C. E. Duble and other old time circus bandmasters and musicians.  Much of the music by these circus musician-composers is amenable to quick cut-offs and tempo changes as necessary to fit particular acts. Hence, Windjammers usually play two musicians to a stand so that when the conductor cuts to a new piece and tempo, one musician can quickly move the music to expose the next piece while the other continues without skipping a beat! We might quickly go from a march to a Samba or rhumba or galop; or from a waltz to an up-tempo march or galop for the “come down” when the aerialists quickly descend into the net or slide down a rope at the conclusion of their act . . .followed by that ubiquitous B-flat chord! The old circus bands would play anything from Ragtime to a Polonaise or a tone poem!”

*Information from an email from Edward F. Shevlin, a Windjammer who happened upon this page! Many thanks, Mr. Shevlin!

When the circus came to town, there was always a circus parade — the parade served to get the wagons filled with people, equipment, baggage, tents and animals to the location of the circus, but it also provided some free advertisement. The wagons were very elaborate & were intended to get people interested in the circus so they would come and see the acts. The band road on top of a bandwagon and inside the bandwagon was luggage, tents and other necessities.

Below you will find some links to pictures of bandwagons.

Windjammers in a Bandwagon http://www.circusparade.com/album/albmusic.htm

The Columbia Bandwagon– purchased by James Bailey for the Barnum & Bailey Circus — and see this wagon hitched to FORTY horses!!! The picture including the wagon & the band is at the bottom of the page.

Most people pronounce this instrument “cal eye’ o pee”. Circus people pronounce it “cal’ ee ope” (last syllable like “rope”). What is a calliope?? It is a huge instrument made of whistles with a steam engine that blows steam through the whistles when you press the key. Most calliopes are played with a keyboard like a piano keyboard & each key controls one whistle. It is LOUD!!!! Some can be heard up to 3 – 5 miles! Don’t stand too close to one!

The calliope traditionally brought up the rear in a circus parade.

Here is a picture of an early calliope – this one is not on wheels like a circus instrument would be. http://mmd.foxtail.com/Calliope/index.html

Go to this site to see an instrument built recently and see how it works. http://mmd.foxtail.com/Calliope/davis.html

Most performing entities have some superstitions. One of the superstitions in circus bands is that you can not play Franz von Suppe’s Light Cavalry March. Quoting from Mr. Beal’s book:

“To play it on the circus lot means disaster and sudden death.”You may not believe this but most circus folks do, at least those who know the facts. Played once in Oklahoma, a train wreck followed and sixteen were killed. Played again, this time while [Merle] Evans was on tour with Miller Bros. 101 Ranch Wild West, a blowdown followed and 38 fatalities resulted. [A blow down is a wind that destroys all or part of the tents.]

“And the last time Merle played it a cornet player died immediately after the performance. That was enough for Evans. He collected the parts, tied them up in a neat bundle, and dropped them over the nearest bridge…

“From that day to this the music of Suppe’s Light Cavalry march is taboo. Even its presence in the music trunk would be considered a serious menace to the life and safety of the circus musicians.”

A second superstition about the music played is that the only time you can play Home Sweet Home is during the very last performance of the season, the very last song. Otherwise, it could mean the immediate closing of the show.

Information from:
Beal, George Brinton. Through the Back Door of the Circus with George Brinton Beal. Springfield, Massachusetts: McLoughlin Bros., Inc., 1938. p. 1-20.

Some important Windjammers and composers of circus music

Links to other Circus Band Websites

Screamers – Circus marches are called screamers because they are so loud, fast & often very high!

Windjammers – Circus musicians are often called windjammers because they jam so much wind into their instruments in the process of playing these screamers.

Ballyhooing – The dictionary defines the verb “ballyhoo” as a vigorous attempt to win customers. When not playing, the musicians went around the grounds & the town shouting about the circus & trying to get people to come to see it. Ex: “Come to the circus tonight! See flying trapeze artists and the ….”

Hippodrome – The hippodrome is the track around the inside of the ring where the horses were run.

Trombone Smears – Smear refers both to a trombone technique and to a type of music. The technique (officially called a glissando) where the trombonist pulls the slide in or out without tonguing and you get a smearing sound as the notes move up or down, rather than a distinct set of individual notes. Smear also refers to a type of music that includes and features these smear techniques. These pieces are often used as clown music. Henry Fillmore wrote many trombone smears and they had an African-American minstrel sound to them. 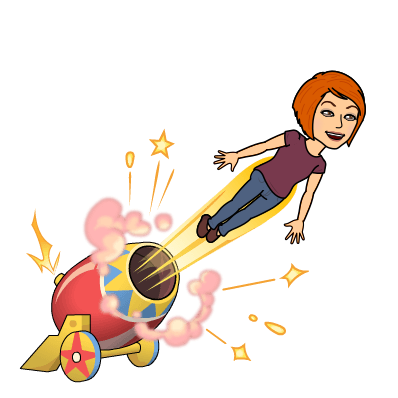