This is a more advanced piece but I really like it.  Some students may have heard this since it’s an alarm tone on my phone. My dog, Mimi, recognized this music as her signal to go out for a walk! 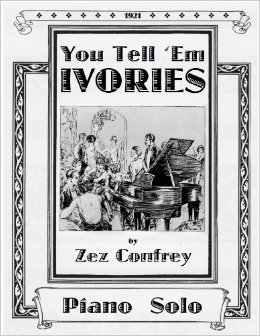 I just love Zez Confrey’s music.  It’s not overplayed like some of Scott Joplin’s works but it’s just as much fun.

This is a piece I have often played in recitals and just for fun.

If any of my students are interested in tackling this piece, just let me know and we’ll start learning!

In 1921 Confrey wrote his novelty piano solo “Kitten on the Keys”, inspired by hearing his grandmother’s cat walk on the keyboard of her piano. It became a hit, and he went on to compose many other pieces in the genre.

Considered to be one of the fastest and most challenging of all “novelty” piano solos, “Dizzy Fingers” was composed in 1923. and was Confrey’s other biggest seller.

He left behind more than a hundred piano works, songs and miniature operas, and numerous piano rolls, music publications and sound recordings.

Not surprisingly, this piece is not available on Piano Maestro!

One of the books in my studio is Zez Confrey at the Piano: Piano Solos. 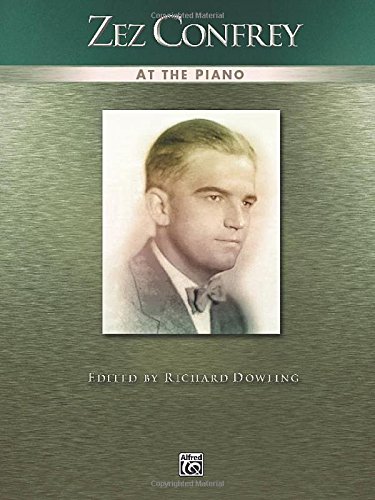 “This collection represents a cross-section of Confrey’s works and encompasses the broad range of his styles. Besides his famous 1920s novelty works (including Kitten on the Keys), there are many wonderful, lesser-known gems of remarkable quality included here from later in his career. Appearing for the first time in print are transcriptions of one of his disc recordings (Poor Buttermilk) and two of his player piano roll arrangements (My Pet and Humorestless). Many of Confrey’s later works have long been out of print and are included here for the first time in decades.”