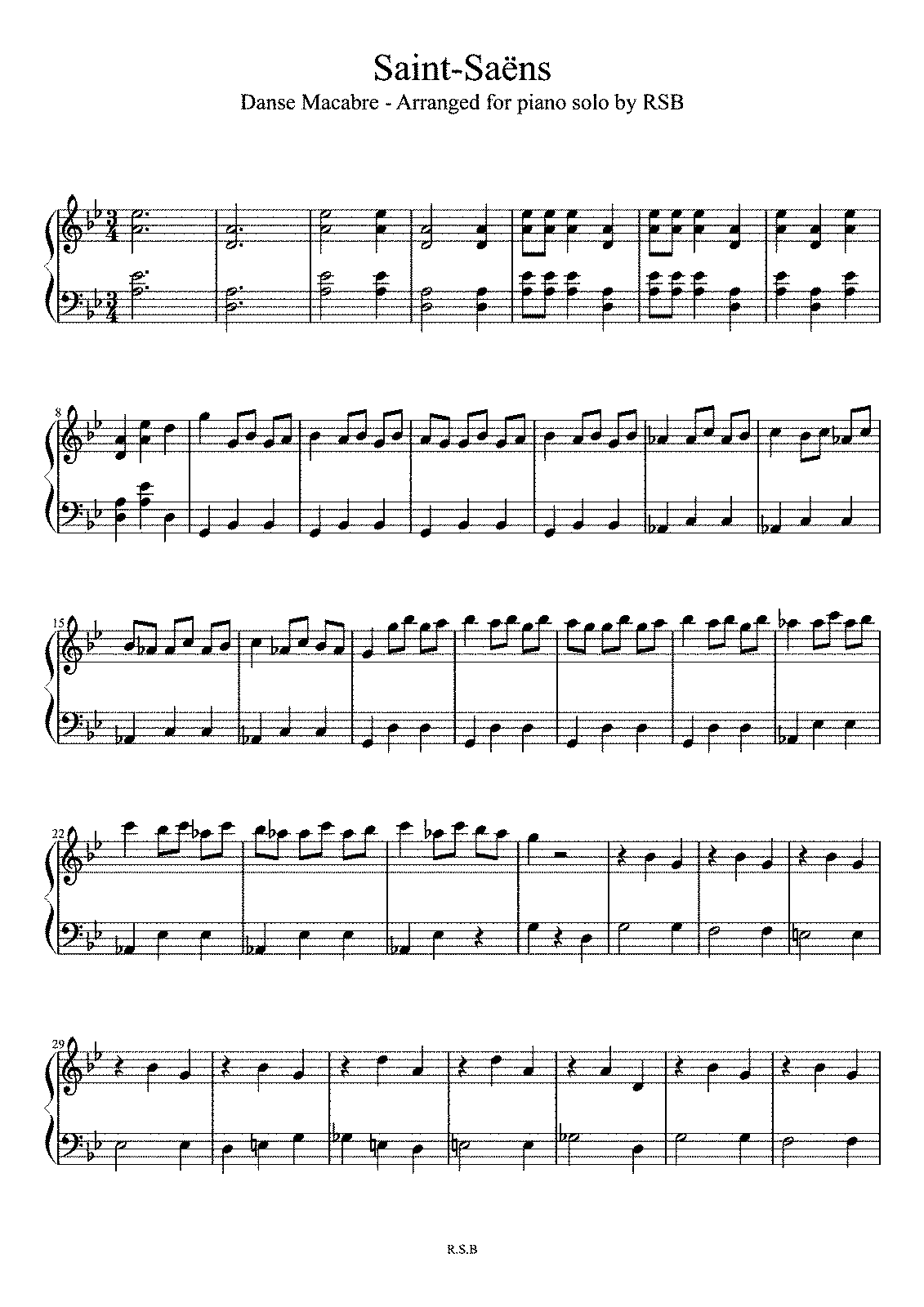 Danse macabre, Op. 40, is a tone poem for orchestra, written in 1874 by French composer Camille Saint-Saëns. It started out in 1872 as an art song for voice and piano with a French text by the poet Henri Cazalis, which is based on an old French superstition. In 1874, the composer expanded and reworked the piece into a tone poem, replacing the vocal line with a solo violin.

With a title that includes the word “macabre”, you can tell it’s a great piece for Halloween. This is by far the most famous work associated with the holiday, and with good reason. It is a tone poem inspired by a French legend that says “Death” appears at midnight on Halloween to call forth the dead from their graves to dance for him. He plays the fiddle while skeletons dance until dawn.

Get a free copy of the sheet music at IMSLP (Look for Arrangements and Transcriptions) or borrow a copy from the O’Connor Music Studio.  I have this arranged for organ, piano, duet, simplified…

This video originally aired on PBS in the 1980s:

One Reply to “Halloween Music: Danse Macabre by Camille Saint-Saëns”