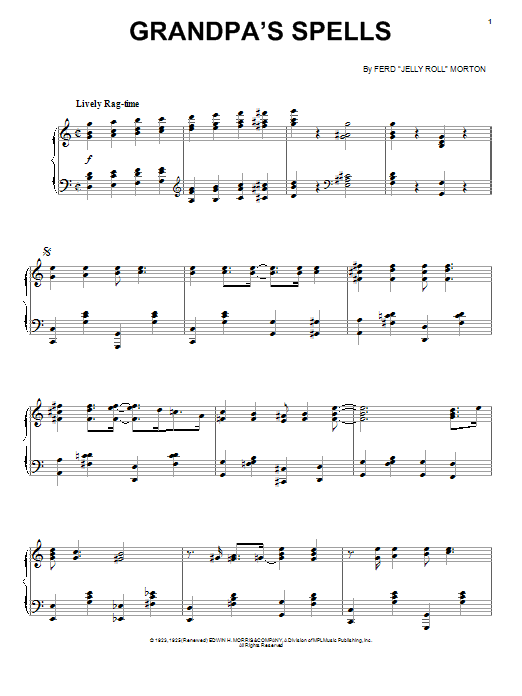 Jelly Roll Morton, born Ferdinand Joseph La Menthe in 1885, was one of the most influential composers of the jazz era, bridging an important gap between ragtime, blues, and jazz. In a sense, he was the first great jazz composer.

His career began in New Orleans, where he began to experiment with a unique blend of blues, ragtime, Creole, and Spanish music in bordellos as a piano player. Along with being a musician, he also worked as a gambler, pool shark, vaudeville comedian, and was known for his flamboyant personality and diamond front tooth.

Morton became successful when he started making what would be some of the first jazz recordings in 1923 with “the New Orleans Rhythm Kings”. Whether he played on the West Coast, New Orleans, or in Chicago, his recordings were always very popular. He joined the group “the Red Hot Peppers” in 1924 and made several classic albums with the Victor label.

Nothing but success came to him until 1930, when “Hot Jazz” began to die out, and big bands began to take over. Morton died in 1941, claiming that a voodoo spell was the cause of his demise.

Read quotes by and about Morton