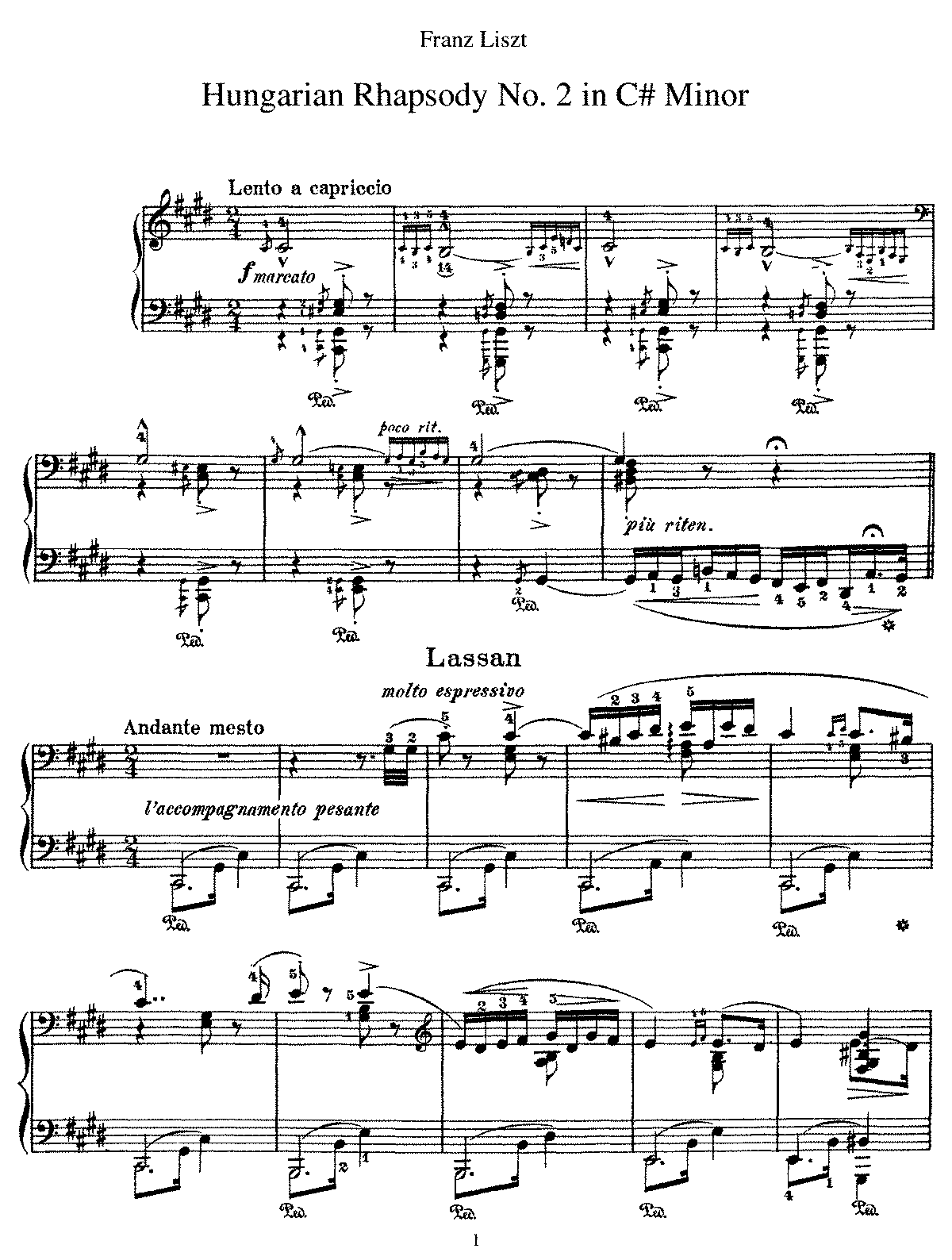 In both the original piano solo form and in the orchestrated version this composition has enjoyed widespread use in animated cartoons. Its themes have also served as the basis of several popular songs.

Above, Danish comedian and pianist Victor Borge gives every impression of having been asked to play a duet with someone whom he not only doesn’t know but doesn’t particularly like. Forced to come up with a mutually agreeable way of sharing the musical workload, he settles on the most difficult route possible.

It’s not clear why two pianists were needed for this performance of Liszt’s Hungarian Rhapsody No.2, S.244/2.  I think that they did it just for the fun of it.  The result is hilarious.

They’re not the only ones to tackle Liszt’s Hungarian Rhapsody No.2 as a piano duo.

We also have these guys:

The “history” of this piece in several cartoons:

This is very interesting:

As he often did, Horowitz arranged it more for his liking: