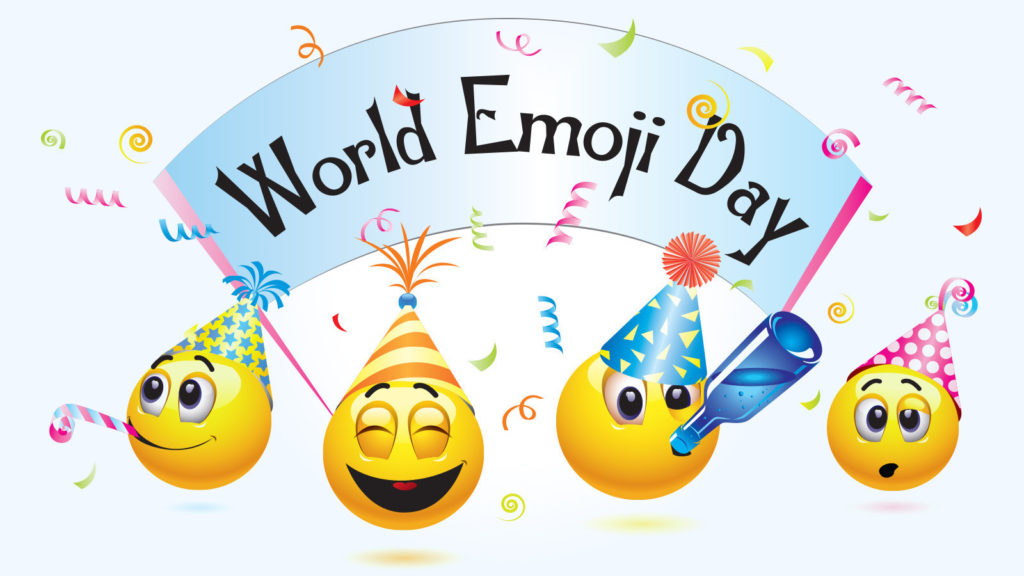 Another of those Who Knew holidays.

World Emoji Day is an unofficial holiday celebrated on July 17. The day is deemed a “global celebration of emoji” and is primarily celebrated online. Celebrated annually since 2014,[NBC reported that the day was Twitter’s top trending item on July 17 in 2015.

Now before the emoji, there were emoticons. Emoticons (emotion + icon) were actually developed as an expression of emotions in the cold hard texts that were devoid of it.

Emoji, a Japanese expression, roughly means “picture word” and was developed in 1990 by Shigetaka Kurita. While working for NTT Docomo, a Japanese telecom company, Kurita design these picture words as a feature on their pagers to make them more appealing to teens.

When Apple released the first iPhone in 2007, an emoji keyboard was embedded to nab the Japanese market. While not intended for U.S. users to find, they did and quickly figured out how to use it.

Every year new emojis (both emoji and emojis are acceptable plural forms of the word) are developed. The emojipedia.org keeps track of all the emoji updates across all platforms and operating systems. There are over 1800 emojis covering much more than just emotions.  From transportation, food, an assortment of wild and domesticated animals to social platforms, weather and bodily functions emojis virtually speak for themselves.